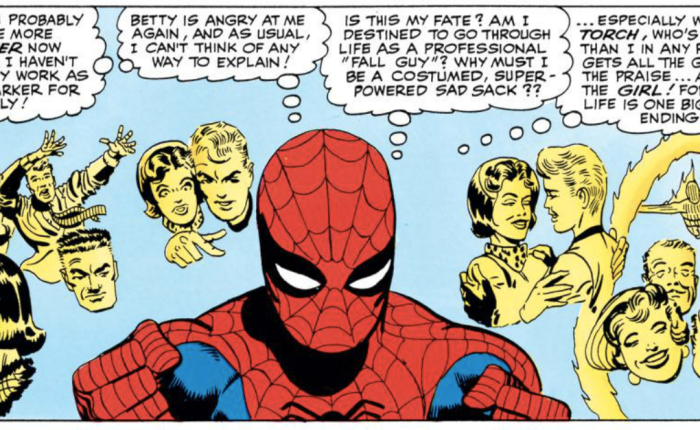 Yesterday I read issues #7 through 38 of Amazing Spider-Man, as well as the series’ first (awesome) and second (less so) annuals in a mammoth done-in-one-and-a-day devourment of that bloody huge Omnibus that’s been on my shelf for nearly a year. Thoughts to follow.

END_OF_DOCUMENT_TOKEN_TO_BE_REPLACED 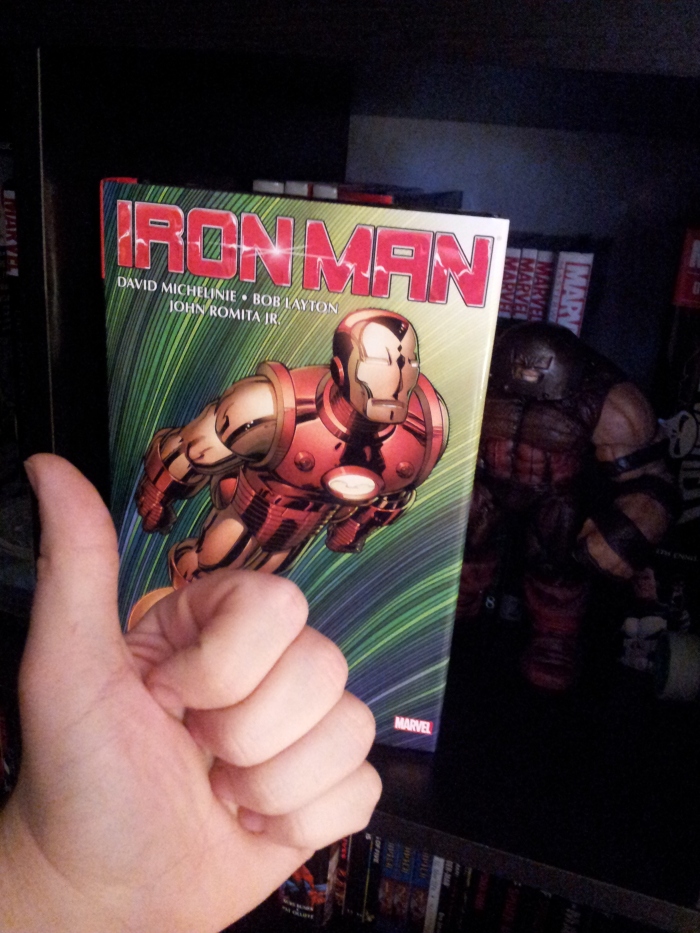 I have not bought anything for the whole (of the first day) of September, and am therefore winning a self-imposed challenge not to buy anything this month at the expense of the alternate me who set the challenge.

Nah, s’it turns out, I have no blasted money, so I can’t buy anything anyway. I also kinda cheated a little bit by starting this book on Saturday and finishing it on Sunday, so it was actually done ‘n’ dusted before the challenge actually started. Think of it this way, though. While other blog hosts would’ve spent those last two days before their monetary celibacy kicked in out throwing coins at hoores, reveling in the muck of Amazon Wishlists and bookmarked eBay auctions, I was sitting in the warming light of a Trentlo heater ‘neath the subtle shine of my Ikea Not lamp, Marvel Omnibus in lap and quivering hand reaching for a third, fuck it, fourth BPM Focus to aid the flesh in its efforts at matching the spirit’s willingness to get (into) what I’d paid for.

Also, I’m gonna put this one after the jump, because it’s massive.

END_OF_DOCUMENT_TOKEN_TO_BE_REPLACED

Still the sweetest thing I have ever seen. Also, all of Calvin and Hobbes is the best thing. More from this pair to come.

Bendis and Maleev again, capturing and defining Daredevil in a single panel without even using Daredevil. Context – the girl being handed the flowers is blind, too: 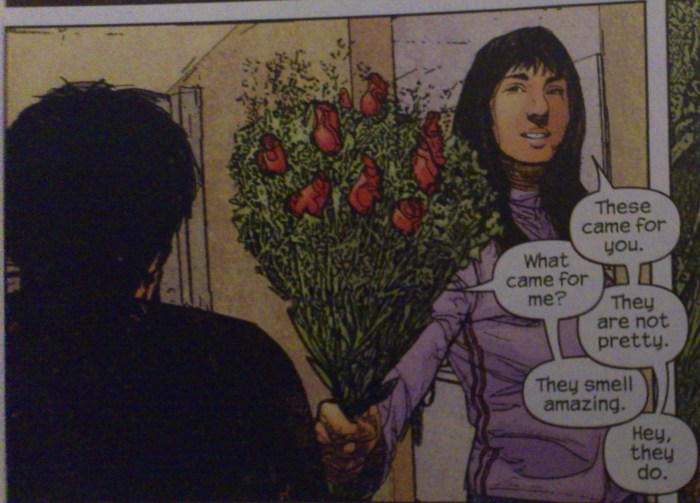 That’s from the eighth page of that issue, and I heartily recommend that you read it and every other page of Daredevil Bendis ever wrote for Maleev to draw. Such great work from perfectly complimentary masters of their crafts.

From Amazing Spider-Man #43, featuring Spider-Man’s transformation in A SINGLE PANEL from his usual quipping self to a mean, threatening mega jerk: 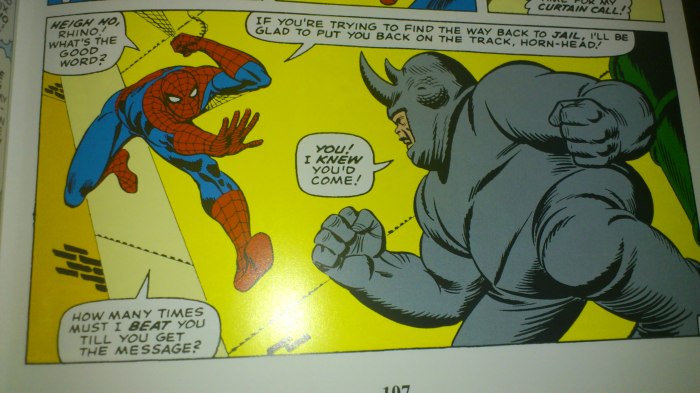 “How many times, Rhino? How many times must I BEAT you? Forty? Forty-FIVE? I will beat and BEAT and BEAT you, so many times, Rhino! I will never, ever stop, if that is what it takes, you fat so and so. You have terrible posture and all the other heroes make fun of me – of ME – because you’re one of my villains. Think  of what the other baddies must say about your worthless grey ass. You big shit.” 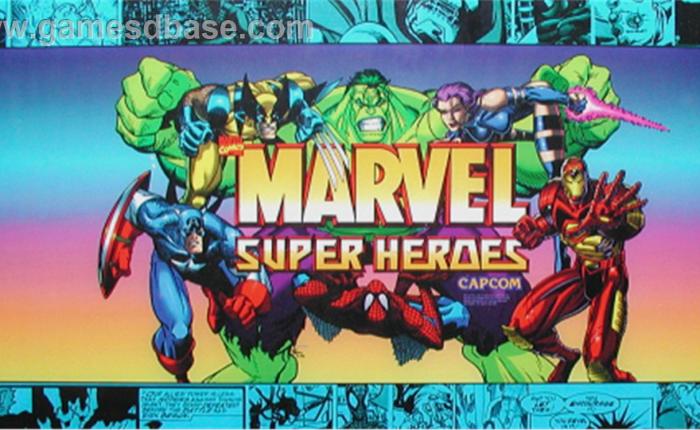 So if you like, you can now get your hands on a copy of Marvel Super Heroes as easily as if you were standing outside M.E. Computers at Christmas in 1997. Heck, easier still, seeing as you no longer have to leave the house, hop in a car you’re too young to drive, find a parking space, make your way up those slippy steps and navigate the arena of sweaty young men trying their luck against Metal Slug, Sunset Riders or that top-down racing game no-one can remember the name of ONLY to find out the last copy’s been sold, much to Phil’s dismay but never worry, it’ll be back in stock in January.

END_OF_DOCUMENT_TOKEN_TO_BE_REPLACED

First up, the Bad: 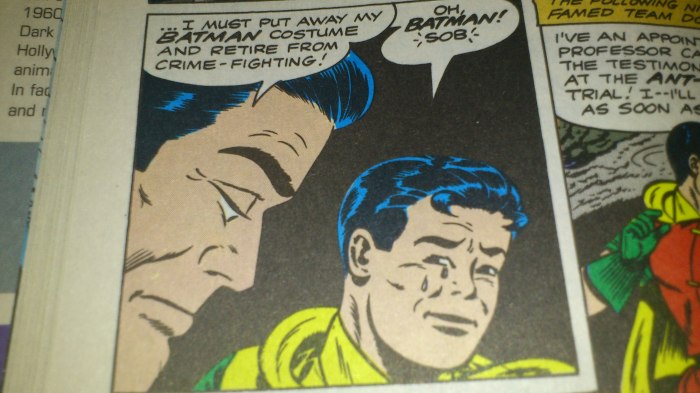 And then the Good (before I settled on the GBU pastiche title, this was called Crap and Awesome Of The Week, so if “Good Batman Panel Of The Week” sounds as, well, weak to you as it does to me, I won’t mind if you mentally replace it with any other superlatives). 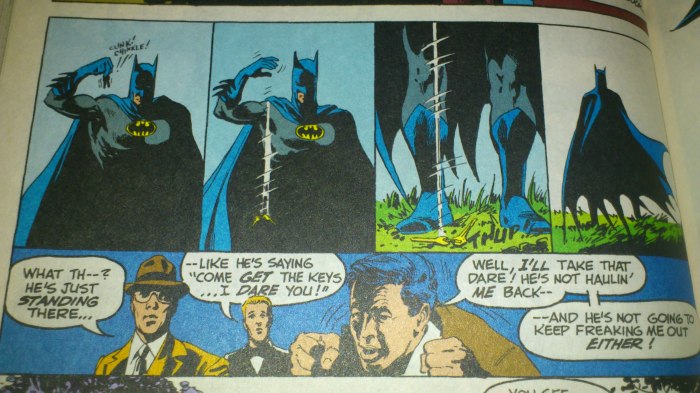 (He does haul him back there, and keeps freaking him out to boot).

Both these stories are collected in The Greatest Batman Stories Ever Told,which I’d recommend as a starting point in the same way I’d recommend Genesis as a starting point for The Bible: you’ll get a flavour for some of the awesome Bible junk, but miss out on all the later good gravy like all the stories I’ve kinda just accepted were in the Bible but now that I think about it might not have been (including King Midas golding everything, David smiting Goliath and Kirk fighting the Gorn).

The Crazy that follows isn’t (it can be found in Batman In The Sixties) but sums up a lot of what I like about old, stupid comics where sensational covers were designed to sell themselves and often flat out lie about the contents. It’s “Batman’s” pose in the first panel, in context of who he is, that does it for me: 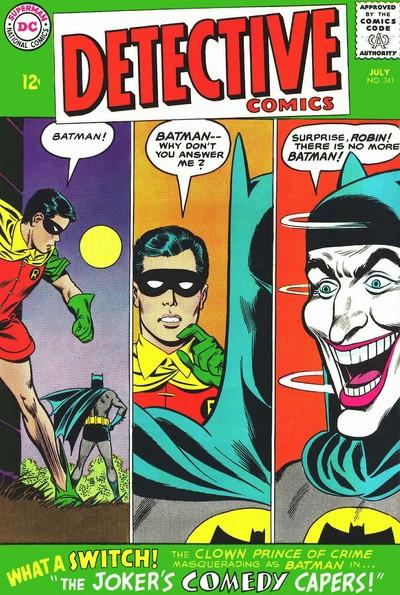 What a switch indeed! ‘Til next time.